Online Seminar: Setting the political course: Where is Tanzania heading? 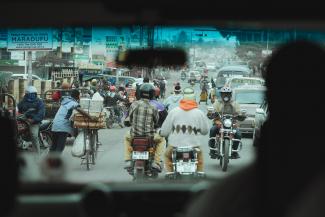 We invite your feeback. Please, use this link:
https://bittefeedback.de/?code=facb62

The surprising death of President John Pombe Magufuli opened a new chapter in Tanzanian politics. Samia Suluhu Hassan took office from a president who won the 2020 parliamentary and presidential elections by a landslide. The election results were received with mixed feelings. The CCM and its supporters saw it as a sign of acceptance of the political course of the past five years, while opposition parties complained that the election results had been rigged. To avoid such grievances in the future, analysts are calling for institutional reforms. This includes seeking a new constitution and an independent electoral commission, as well as the abolition of various laws that interfere with political activities and restrict democratic space. Examples include the Media Services Act 2016, the Cyber Crime Act 2015, the NGOs Act 2019 and the Political Parties Act 2019, which were passed under former President Magufuli. However, he strictly opposed any constitutional reform.

What can we expect from the new President Samia Suluhu Hassan? Will Tanzania take a new path under her leadership or preserve the status quo? These are questions we discussed in our seminar.

Supported with funds from Engagement Global, Misereor and Bread for the World