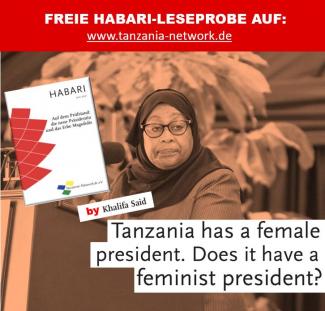 Reading Sample: Tanzania has a female president. Does it have a feminist president? By Khalifa Said
The late Magufuli had open contempt for women. President Suluhu has the power and political capital to change course.
Following the shock of President John Magufuli’s death on 17 March, many Tanzanians are full of hope at what the rule of his successor might bring. President Samia Suluhu has already reversed some of her predecessor’s stances. She has ordered bans on media outlets imposed by the previous administration to be lifted and initiated an expert coronavirus taskforce. Now, many would like to see Tanzania’s first female president break with Magufuli’s legacy on gender issues…
click here for full reading sample